Jim practiced with Sutton Braidwood and the merged firm of Richards Buell Sutton LLP to date.

He is a senior Associate Counsel with the Litigation group and was called to the Bar in British Columbia in 1974, and in the Yukon in 1994. Jim is also a Qualified Commercial Mediator. He was awarded Queen’s Counsel status in 1996.

Jim has been a distinguished and recognized trial lawyer for over 40 years and is highly regarded by all sectors of the bar for his work ethic, insight, and love of the legal profession. 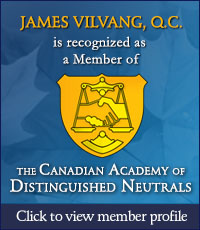 10 Lawyers Recognized in The Best Lawyers™ in Canada 2021 Publication

Since it was first published in 1983, Best Lawyers® has been regarded as a premier guide to legal excellence. Acknowledgment and...